Are you among those users who want to migrate SmartCloud Notes data to a reliable cloud platform like Office 365? If so, then we will help you out with the best approach to be followed to perform SmartCloud Notes to Office 365 migration in a diligent manner. 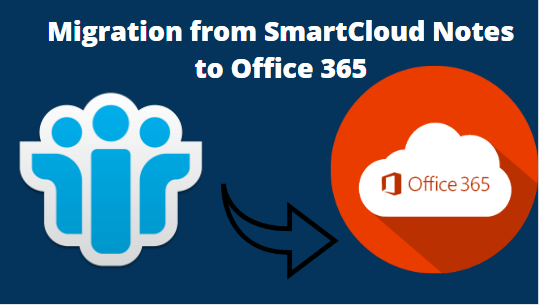 IBM wants to shut down the Softlayer infrastructure on which SmartCloud Notes, Verse, Domino Applications, and Connections Cloud are built on. Yes! You heard it right. However, HCL is not ready to offer a new public cloud destination for their customers as the current offering itself is using certain proprietary extensions which no other public cloud provider can offer.
But the fact is that most of the IBM Note users are finding difficulty to avail some immediate solution to transfer their crucial SmartCloud data to a safer destination.

Now, the Question that Comes to Our Mind is What Next for IBM SmartCloud Users?

Which is the Safest Place to Store SmartCloud Notes Data?

There is no need to panic, even if HCL does not come up with an appropriate alternative for the terminated cloud services. It is best suggested to avail a cloud-based platform rather than opting for some expensive on-premises deployment.

You can make the best use of Office 365, which is a reliable and trustworthy cloud-based service wherein users can efficiently access all of their SmartCloud data in the O365 account without facing any technical glitches. However, a majority of the users fail to follow the right approach to migrate SmartCloud Notes to Office 365.

Explore the perfect yet smart migration technique in the upcoming section.

The software is 100% safe, which gets easily installed on your system. Moreover, it ensures to preserve the data integrity the same as per source in the resultant Office 365 account. It is incorporated with best in class features to seamlessly transfer SmartCloud Notes data such as emails, contacts and calendars to Office 365.

5 Step to Migrate SmartCloud to Office 365

Step 2: – From the software panel, select the source email platform and the destination as shown below

Step 3: – Apply categories and date-filter option as per the requirement 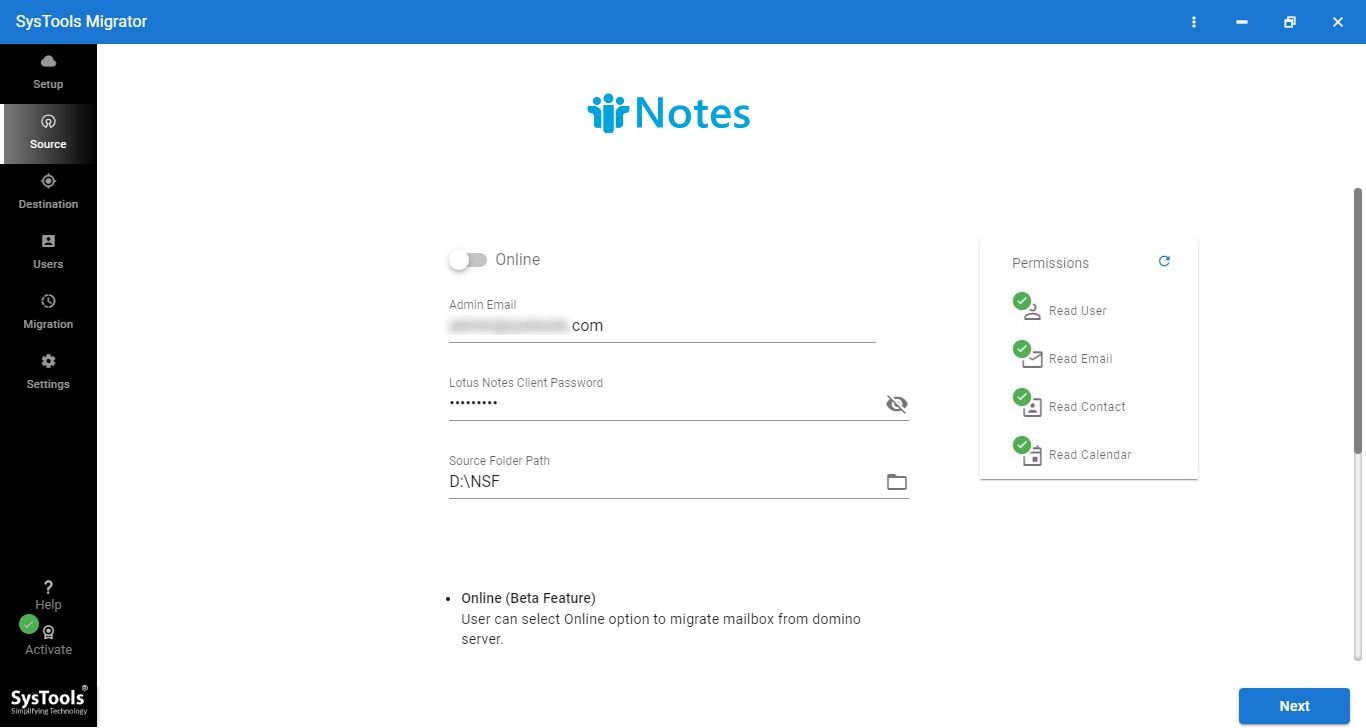 Step 5: – Map the desired source account with the destination, set priority if needed and hit on Start Migration to begin SmartCloud Notes to Office 365 migration

Some Proficient Features of Lotus Notes to Office 365 Migrator Tool

The software can efficiently transfer single or multiple Smart Cloud files to the desired Office 365 account. The best part of the tool is that it renders all these result-oriented features in a simplified user interface.

One can easily transfer IBM SmartCloud data to Office 365. It can support all IBM Notes versions and Office 365 plans to safely implement the data migration. All the data items of SmartCloud like emails, contacts and calendars are exported to Office 365 account.

This utility is designed in such a way wherein it lets users export selective NSF data items such as emails, contacts and calendars to O365. Simply mark the checkbox for the desired mailbox item to export from the software panel.

Another highlighted feature of the tool is the ability to migrate only the required emails out of the bulk emails using the date filter option. All you need to do is simply specify the date ranges under “To” & “From” fields to export the desired emails to O365. This can be availed for emails, contacts and calendars mailbox items.

For users who want to migrate SmartCloud Notes mailboxes batch-wise can avail concurrent migration feature. Using which, one can easily set mailboxes with a maximum of 40 accounts wherein the mailboxes will be migrated as per the mentioned batch.

This feature is another highlight of the software wherein it let users to migrate the brand new data from the SmartCloud mailboxes to Office 365. This feature is benefitted for users who have recently performed the migration and wants to migrate only the new set of data.

This functionality performs a scan across all the mailboxes after completing the SmartCloud Notes to Office 365 migration. Moreover, one can re-perform the migration for the data, which got skipped/ missed in the first place using this feature.

As SmartCloud Notes is going to shut down in a couple of months, hence more and more Lotus Notes users are running from pillar to post in search of a reliable alternative.

As a result, we have disclosed a perfect utility to perform SmartCloud Notes to Office 365 migration. The software is 100% authentic which instantly transfers SmartCloud data to the O365 platform without any loss of data.