You can fix metadata corruption in SQL Server through an enterprise grade-level software or the backup and restore wizard available in SQL Server Management Studio(SSMS).

Right. That’s what I thought, too. So, without any delay let’s dive right in…

What is Metadata Corruption in SQL Server-

How to detect Metadata Corruption:

You can detect metadata corruption by simply running the following command:

Here is Microsoft’s take on it:

In other words, it will check and show you all and any errors due to metadata corruption in SQL Server.

The cause of metadata corruption is manifold. But in our research, we have found these causes which pop up most often in the day-to-day workings of database administrators:

Malware and virus attacks are common issues of corruption in the SQL server, nowadays. And as the world gets more and more interconnected, they are expected to rise still further.
System Bugs- Sometimes, it is due to plain old bugs in the software itself that cause this corruption.

Abrupt shutdowns or sudden power loss, especially when the SQL server database was running, may lead to the corruption of metadata.
Software up-gradation can also, sometimes, result in this metadata corruption.

PRO Tip: Use the SoftwarePro SQL Recovery tool to fix your corrupted metadata in SQL Server without any hassle.

At a fundamental level, you have two ways that you can go about in trying to fix database corruption in SQL Server.

First, you can use the SQL Server Management Studio’s backup and recovery wizard. It will restore your database to a point of time where the files were uncorrupted.

There is, however, one difficulty with this method. It only works if the backup itself is uncorrupted. Also, you need to have a regular backup process in place.

The second (and simpler) method is to use enterprise software that will recover the corrupt SQL Server database for you.

Both methods are explained in detail below.

You can the SoftwarePro tool which is professional software that will recover both your corrupted metadata as well as a backup file. Moreover, you can also recover your deleted schemas, secondary files, and log files through this single software. Follow the steps below and fix the metadata corrupted in the SQL server right away-

1. Install and Launch the tool. 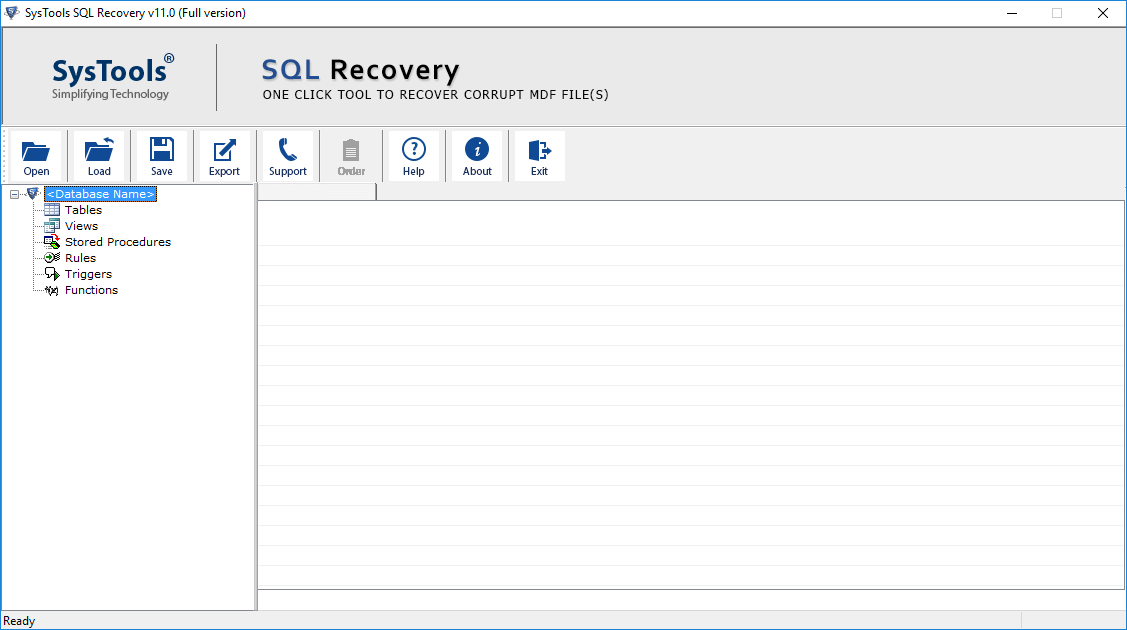 2. Click Open to load your backup files(MDF) on the tool. 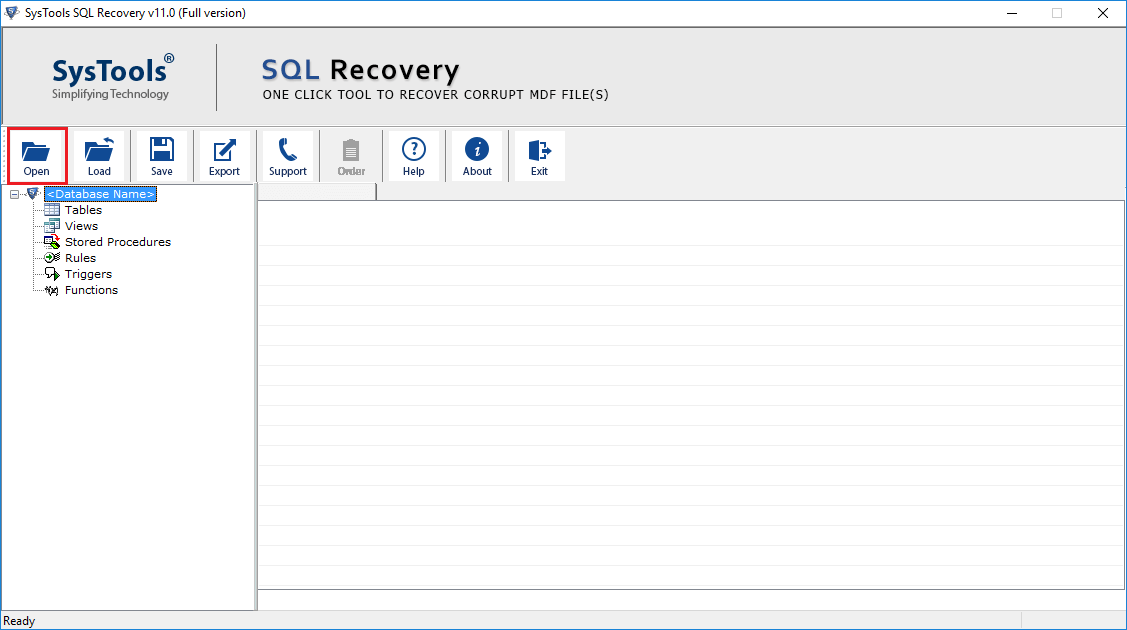 3. Choose a Quick Scan or Advanced Scan depending upon the level of database corruption. 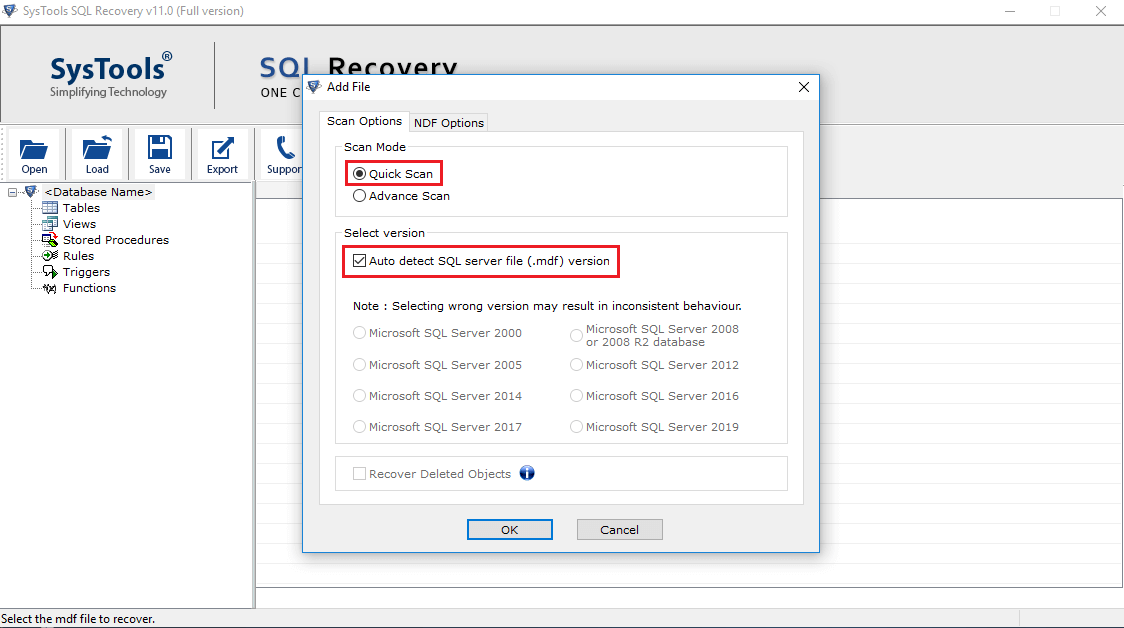 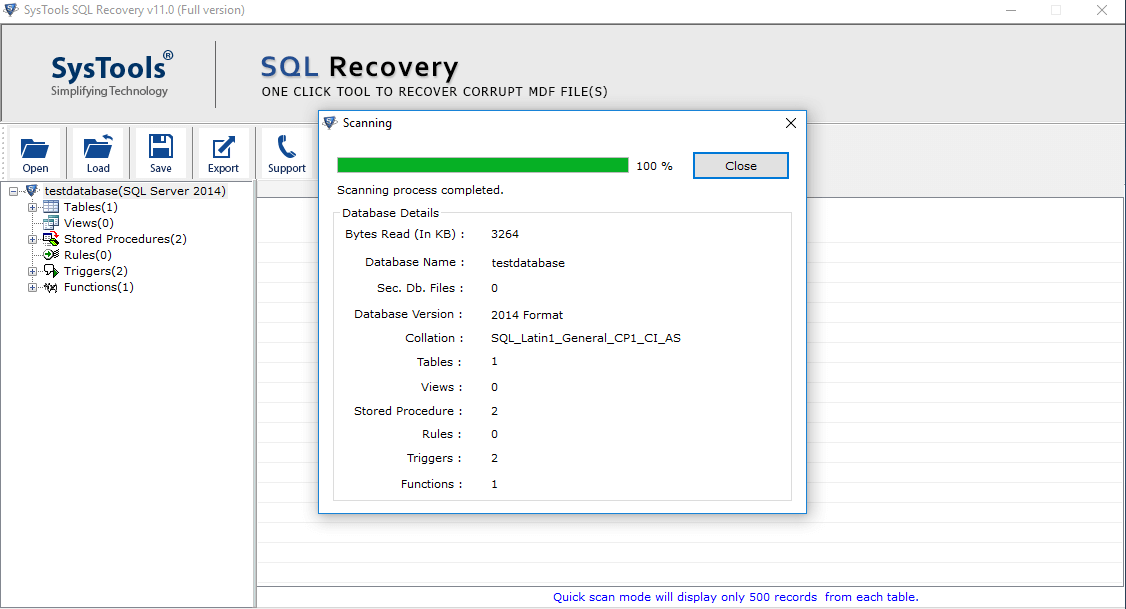 5. Perform the database authentication and set your database destination as shown below. 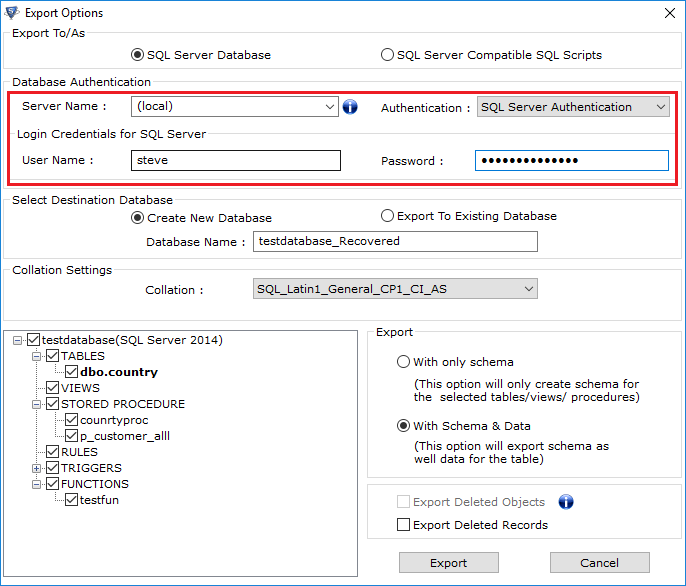 6. Check all the boxes to export desirable database objects. 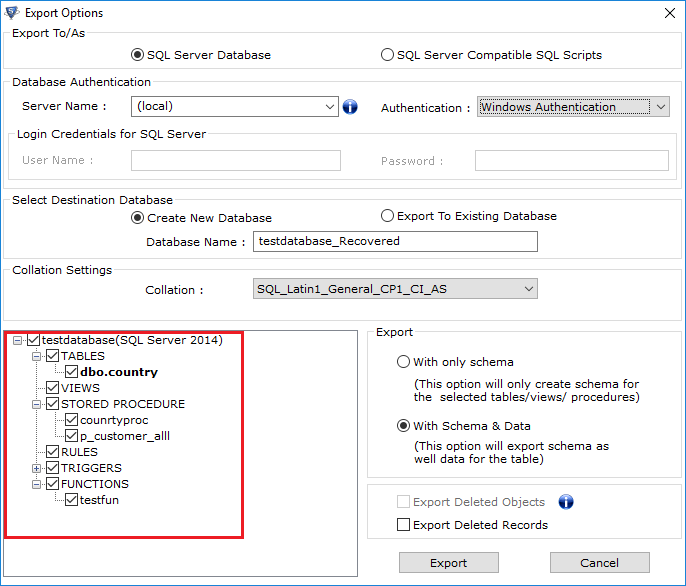 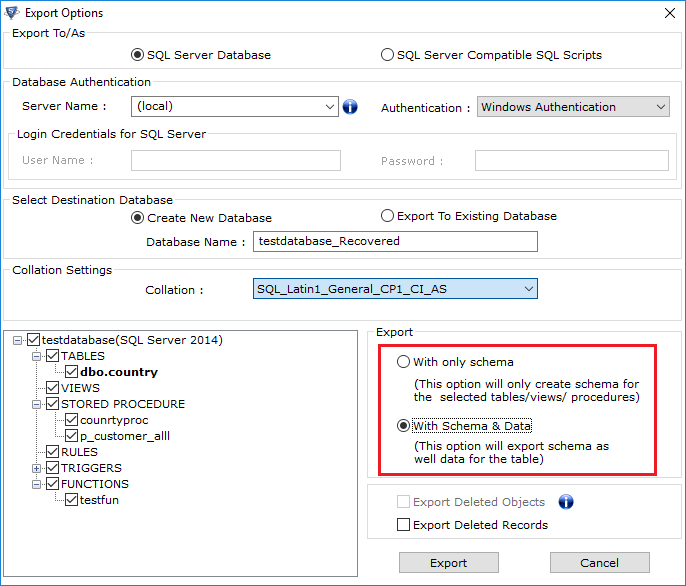 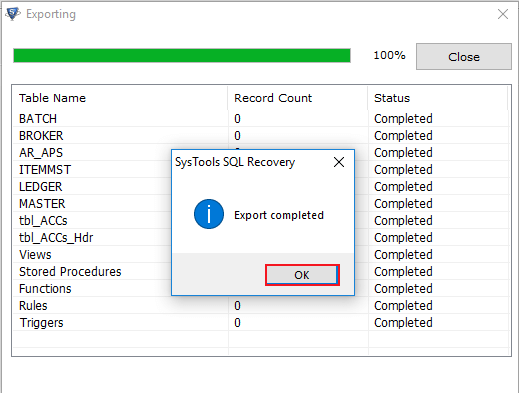 Your metadata will be recovered in a new database, shortly. The time taken for recovery will vary depending on the size of the database.

1. Run the SSMS and log in with your credentials.2. Right-click on the database. Then click on Tasks>Restore>Database.
3. The Restore Database dialog box will appear on your screen.
4. Click on From device under Source for Restore. Now, select a backup file by clicking on browse.
5. In Specify Backup set the backup media to File.
6. Now Add a backup file.
7. Under Select a page panel in Restore Database, click on options.
8. Set the Recovery State and Restore Options as desirable. Then click on OK.

Your database will be restored to an earlier version of database backup in a short while, again, depending upon the size of your database.

Metadata is an integral part of SQL Server. It can end up corrupted due to a plethora of reasons as mentioned above.

If you have any other takes on the best ways to fix metadata corruption in SQL Server, then leave them in the comment section below.